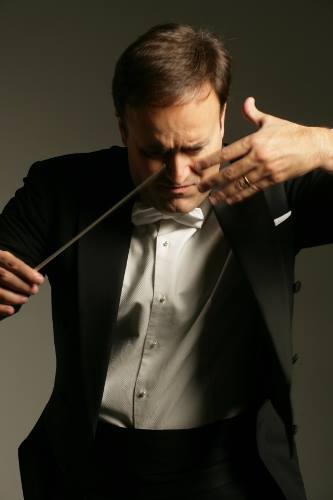 The Gibraltar Philharmonic Society is delighted to present the March Concert 2021 featuring the well-known orchestra, The European Sinfonietta, conducted by the eminent Karel Mark Chichon. The concert is organized on behalf of the Ministry of Culture and Ministry of Education and it was recorded in Seville and it will be broadcasted by Music Box channel and Gibraltar Cultural Services Facebook page on the 14th March 2021 at 19:00.

The European Sinfonietta is primarily known for its work as a touring orchestra throughout Europe. Since its highly successful first tour of Spain in 1992, the orchestra has gone on to perform at all major concert halls in this country including the Auditorio Nacional of Madrid, the Palau de la Musica of Barcelona and Valencia and the Auditorio Manuel de Falla of Granada.

Since 1993, the orchestra has also successfully toured Italy, France, Belgium, Switzerland, Germany and Korea. Members of the orchestra work regularly with the finest orchestras in the world such as the London Symphony Orchestra, The London Philharmonic, The Royal Philharmonic Orchestra, The City of London Sinfonia and with eminent directors as Sir Colin Davis, Sir Simon Rattle, Leonard Slatkin, Claus Peter Flor, Roger Norrington, Ilya Musin, Franz Welser-Möst and Rudolf Barshai. Renowned soloists such as Lord Yehudi Menuhin, Anne-Sophie Mutter, Lynn Harrell, Christopher Warren-Green, Karl Leister and eminent composers such as as Alfred Schnittke, Luciano Berio and Gyorgy Ligeti have also worked with members of the orchestra.

The extensive repertoire of this orchestra embraces music from numerous different periods, from the Baroque era to the 20th Century, including the avant-garde.